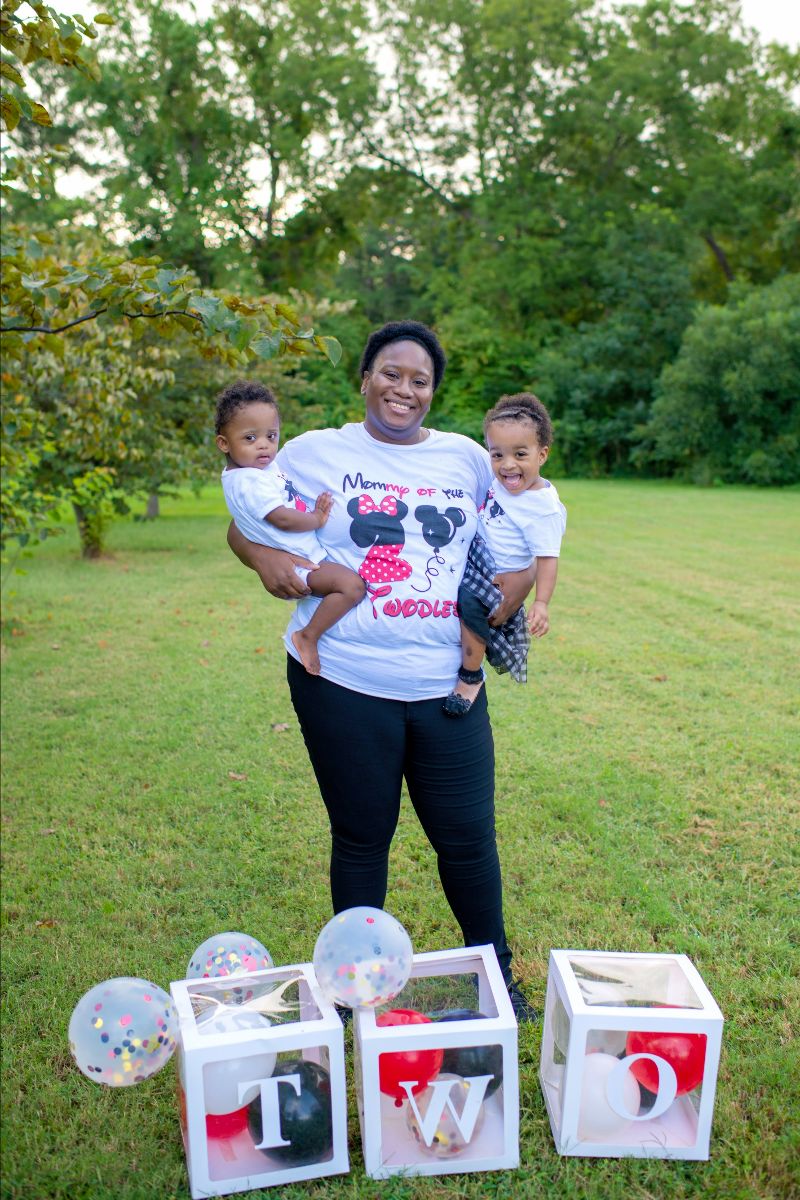 As a child, Beverli was not introduced to saving because her parents were unable to save for her and her siblings. However, she does remember her parents saving in a Christmas account so they could afford gifts for the holidays. When she became a teenager and got her first summer job, she made sure that she established a savings account for expenses. She specifically remembers saving to pay her own cellphone bill.

The day that Beverli won, she was sitting at her table checking emails. When she saw the Fund My Future PGH email that indicated she had won, she was overwhelmed with joy and started crying. She told her children about the win and they too were excited. She also called her mom to share the excitement with her. Beverli never won anything before and was so appreciative. She believes that if Fund My Future PGH was not around, families would not be saving for their children. Beverli plans to deposit the prize back into her children’s accounts.

“Showing your child that you believe in their future is important. With Fund My Future PGH, it’s easy because it only takes $1 a month.”

Meet Jamie, another November Fund My Future PGH $50 winner. This past August, Jamie and her son attended the Center of Life’s End of Summer Celebration. Her son had visited all the resource tables and received a piggy bank from the Fund My Future PGH table. He was so excited that he ran off and located his mom and brought her back to the table to make sure that she signed up. Jamie was no stranger to Fund My Future PGH. Two years ago, she had attended a previous Celebration of Life event and encountered Fund My Future PGH. She took the information but never followed through. So this was her opportunity to finally follow through and enroll in Fund My Future PGH.

The next week she took her son with her to a local bank to open his account. You can only imagine how excited he was to be opening his very own account. He even had his piggy bank with him which was filled with money that he had also saved. Jamie attributed the Child Tax Credit as a big help with enabling her to save for her son at this time.

When Jamie received the email stating she had won, she was extremely surprised but her son was even more excited. You see, ever since she joined the program, her son would ask every month, “Did we win?” This time Jamie was able to say YES! Her son was super excited and started dancing around and jumping up and down. Jamie was glad that she had followed through and signed up at the Celebration of Life event in August; now her son sees the tangible benefits of saving for his future.

Richelle is another November Fund My Future PGH $50 winner. Her journey started with Fund My Future PGH back when it was at Propel Schools. Every school bank day, her children would ask her for money to deposit into their accounts. However when COVID happened, the program was unable to be offered in-person at the school and she didn’t know how her children were going to continue to save.

After receiving school communications letting her know how to transfer her children’s accounts, she held on to the information to assist her in moving forward. It wasn’t until after her daughter’s birthday in September, that she decided to take action and restart her children’s savings. Richelle made her way to the same bank she used when they saved at the school. Both of her children currently know they have their own accounts and like to make deposits. Any extra monies they receive for gifts get deposited into their accounts. Because Richelle didn’t learn about savings until she was in college, she didn’t want her children to go that route. She saw Fund My Future PGH as an opportunity to get them started early. She also enabled the automatic deposit feature which makes monthly deposits convenient.

When Richelle received the email stating that she was a winner, she knew it was real because she was a long standing participant of Fund My Future PGH. She would always see winner stories in the monthly newsletter and she felt as if this was finally her time. Therefore there was no hesitation to complete the survey and submit the verification. Richelle plans to put her winnings into her children’s accounts.

“Putting just a $1.00 a month is a great contribution toward your child’s future and lets your child know you believe in them. Thank you Fund My Future PGH for helping me save for my children’s future.”

Dreda would deposit her sons’ birthday, holiday and “just because” money from their friends and family.   As they got older, she would ask if they wanted to deposit some or all of their money into their accounts and they always said please put it all in our savings. They love to see the balance in their accounts grow. When Dreda told her sons she had won, she asked if they wanted to split it and her older son said to put the full amount into his younger brother’s account.

In the past Dreda didn’t make deposits on a regular basis because she thought she had to deposit large sums to make it worthwhile. Being with Fund My Future PGH, she can see the balances grow even if she only deposits $1, $5 or 10 each month.  And getting the chance to win a monthly raffle is a BONUS! Now that the weather is cold, Dreda plans to set up autopay so she doesn’t miss a deposit.